Unity in the Church?

Posted on August 6, 2017 by Rivers of Living Water

Dwelling in Christ together

A talk from our Joint Church Service

It is a really good to come together for worship and these times I think are important as God’s family, the Church.

Our Church has been split and divided many times over the years. I once met someone who was part of a Church that I hadn’t come across before and when I expressed surprise that I hadn’t met them at any of the Churches Together events they expressed reservations about contaminating themselves with Churches who didn’t have the same doctrine as they did. This did take me aback somewhat.

Brokenness and division is so much part of our world and our country. We perhaps wonder what is happening with political divides and changes, communities expressing so much discontent on the way that people are treated, aggression against a western way of life from faith groups, religion and God’s name being used to promote evil, the ever increasing gap between rich and poor and I can’t help but think of Paul’s letter to the Romans (8:22-23) where he says “We know that the whole creation has been groaning in labour pains until now; and not only the creation, but we ourselves, who have the first fruits of the Spirit, groan inwardly while we wait for adoption, the redemption of our bodies”. Creation was groaning in Paul’s time and is groaning now. The Church of England is currently groaning under the debates on the Church and human sexuality and the use of Facebook and social media seems to be aimed at promoting divisions and exchanging insults rather than civilised and reasoned debate based upon scripture and the Holy Spirit.

Yet… We, Christians on the street, are gathered here today to worship our saviour Jesus Christ together and to respond I think to that incredibly prayer of Jesus which we can read in the Gospel of John that brings unity out of brokenness. (John 17:20-26)

Jesus farewell prayer isn’t made on a sickbed but at the end of the Last Supper shared between his disciples to commemorate the Passover. It is made as Jesus goes out of Jerusalem to face his destiny, across the Kidron Valley up the Mount of Olives and into the Garden of Gethsemane. It is made as he prepares to meet his betrayer. It is made as he is prepared to let go of all control over his life and to suffer and be executed. It is made as he in all his wholeness and fullness of life in God, enters the brokenness and division of humanity. 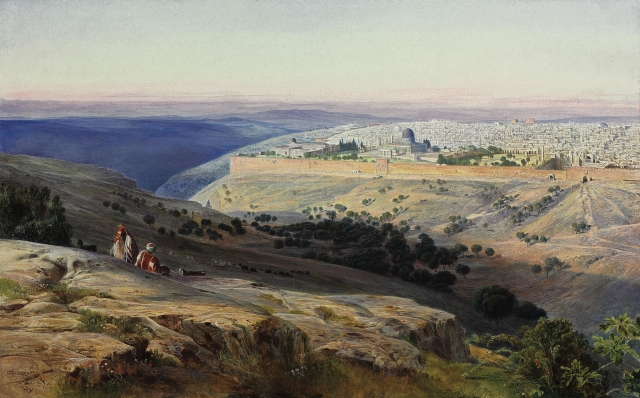 Incredibly, Jesus prays for you and me. He prays for unity and not division, but what does that unity mean? Primarily Jesus is praying that you and I and those who come to believe in him and follow him, know the redeeming and saving work of God in the world and that we are part of it. This work is redeeming the broken relationship of you and me to one of unity with God, in the Trinity.

This unity, God’s unity through his love, transcends all human efforts in reconciling the conflicting interests of people, including those of Christians, in our endeavours to harmonise our own interests.

It is so wonderful, I think, to be able to come into any Church around the world and receive the love of God shared between Christians, no matter our denomination, culture, tradition, social norms, political persuasion, background or foibles, of which there are usually many! It is the love of God (not our own love) that we share and it is this love that bridges all differences.

Paul recounts the startling events of his conversion on the road to Damascus to King Agrippa as part of his defence against defiling the Temple in Jerusalem by bringing Greek Christians into it (Acts 26:12-18). These foreigners are separated from God by Jewish law, yet Paul affirms and defends his ministry as rooted in scripture, bringing the Good News of Jesus Christ as redeemer and saviour to the Gentiles as part of God’s family, redeemed through the suffering of Christ on the cross, who is raised from death so that God’s love may shine on all people alike. Paul lives out Jesus prayer for unity in God’s love, brought to us and bought by Jesus Christ.

This evening is an opportunity for us to worship together in the unity of God’s love, not our own love, but it is also one perhaps where we can go from here as examples to our community of a unity that the world cannot understand but will want to be part of. It is a unity in God’s love, a unity that emanates from the love God has for his people and his world, a unity that is known in God, the Trinity, between Christian people, even though we may worship in different ways.

How incredible that we can celebrate this gift from God and respond to the prayer that Jesus has for each one of us. In a world and a Church full of division, it is us, the Christian on the street, that can show the unity of the Body of Christ that expresses God’s redeeming love amongst us to our community.

My story about the Roman Catholic, the Methodist, the Baptist and the Anglican may have been a little bit of fun, but at least they all know the love of God and they went fishing together, not separately!