Posted on December 5, 2016 by Rivers of Living Water

Something new is coming!

If you came to our prayer morning yesterday, you would I think have encountered something very special. We were introduced in prayer and reflection to the season of Advent through that famous passage at the beginning of John’s Gospel.

“In the beginning was the Word, and the Word was with God, and the Word was God.  He was in the beginning with God. All things came into being through him, and without him not one thing came into being. What has come into being in him was life, and the life was the light of all people.  The light shines in the darkness, and the darkness did not overcome it.” And John then goes into describing John the Baptist coming to prepare the way for Jesus, the light of the world and the question was raised can we bring the Christ light into our world of darkness or can we be people of light in a dark world, can we be like John the Baptist in our community preparing the way for the light of Christ?

Our world is seeking something new amongst the conflict, the neglect, the divisions in society, the gap between rich and poor and the abuse and addictions. It is looking for light and it is looking for salvation and as we prepare in Advent to celebrate the incarnation of God in the man Jesus Christ as a baby at Christmas and as we prepare for the time when he will come again, we live between the 1st and 2nd Advent and we seek to be the people of light. 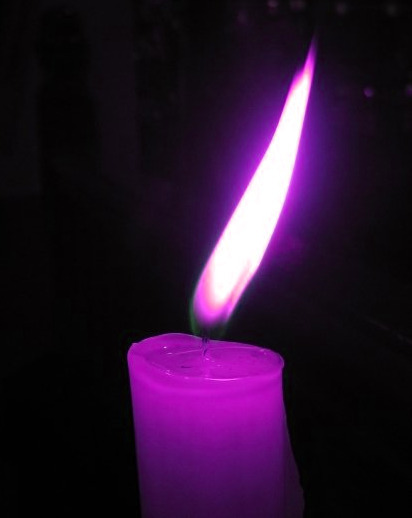 In our world and community where there are many areas of darkness, God wants to do something new amongst us and I feel that its starts this Advent Sunday.

God comes to the Father of faith, Abraham an elderly man and promises that he and his elderly wife Sarah will have a child and from him will come many descendants, God’s people.

God sees those people in slavery in Egypt and comes to the Father of faith, Moses in a burning bush and commissions him to go and bring his people out of slavery, to rescue them. (Exodus 3:1-6)

An Angel of the Lord appears to the wife of Manoah and tells her that she will bear son in old age who would be named Samson and who will rescue God’s people.

Hannah prays earnestly to God to grant her a son who is dedicated to God and became the greatest of Israel’s judges guiding and rescuing God’s people from corruption, his name was Samuel.

The prophet Elijah called God’s people back to him from foreign idols and called them to repentance so that they could be saved from famine and drought.

The Old Testament is a testimony of God’s loving intervention, not once but many times into a world where people need saving and rescuing and here in the New Testament at the start of the Gospel of Luke, we find history repeating itself, a new prophet, John the Baptist, is to be born, he will bring people back to God in repentance, like Elijah, he will rescue God’s people and, like Samson and Samuel, he will not let them drink strong drink.

But this time God will do something new, he will come amongst his people himself and he will save them from darkness and bring them into light and John will prepare the way. 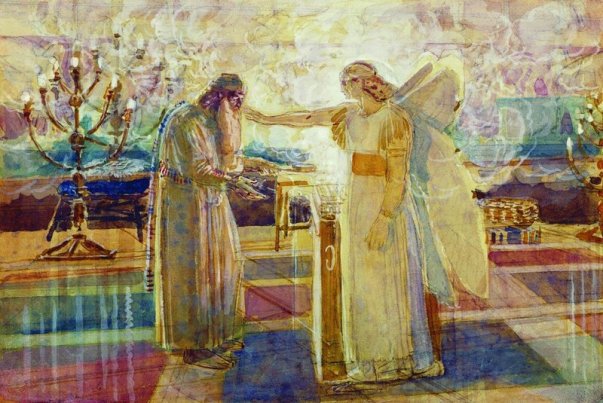 How does this happen, an angel of the Lord appears to an elderly faithful priest from a righteous line whose wife from an equally righteous line is barren and he tells Zechariah that his wife Elizabeth shall bear a child to be called John, the history of God’s loving intervention to save and rescue his people repeats itself but this time there is something very new. (Luke 1:5-25)

God will come and dwell in the midst of his people himself, calling them back to himself and John will prepare the way for the light to shine in the darkness. An Angel of the Lord appears to a young girl, called Mary, a relative of Elizabeth. An ordinary righteous and pure girl engaged to Joseph who is descended from a Kingly line. It is to Mary that God will be born as a baby called Jesus, Wonderful Counsellor, Mighty God, Prince of Peace, Son of the Most High, Emmanuel ‘God is with us’, our Saviour, Messiah, the Lord.

This time history does not repeat itself, this time there is something very new, God comes to live amongst us as a baby, Jesus, who comes to redeem and to save God’s people once and for all to himself. “Do not think that I have come to abolish the law or the prophets”, says Jesus; “I have come not to abolish but to fulfil”.

God is used to intervening in our world to save his people, but by coming himself in the incarnation as Jesus Christ, he has done something very new and he asks us to show people so that he can do something new in their lives. We are called to be like John the Baptist, to prepare the way for the light of Christ in people’s lives.

We live between Advent 1 and Advent 2 and once we realise this and know that we are part of God’s saving plan, we can take on that responsibility of showing the way to those who are seeking hope, to point them to Jesus, we can be John the Baptists.

God wants to do something new in people’s lives and it starts with Advent.

As we open ourselves up to the reality that God intervenes into our world to save us and redeem us to himself, let’s also prepare ourselves to God coming into our lives, into our hearts and pray that he will do something new amongst us this Advent in our lives, in our Church, in our community and in our world. Let’s welcome him afresh.