We come this morning / evening into a world that continues in turmoil. The Carnage in Nice described in newspapers and on our television screen has been shocking as a man driving an articulated lorry targeted crowds in the street celebrating. We feel so inadequate sometimes but I am sure we stand together with the people of France under attack again from extremists and bring them our prayers and hope in a Living Christ, a Living Christ who is not known or is ignored or is rejected by these extremists. 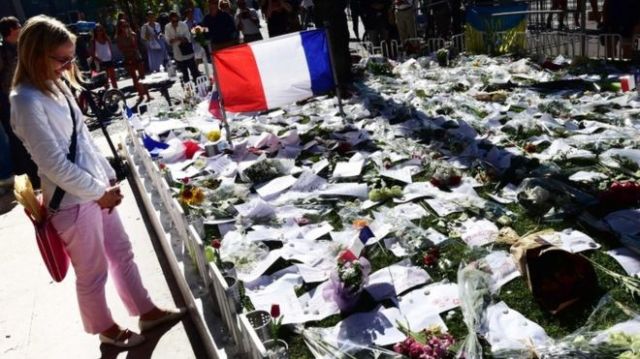 Then, so soon afterwards on our screens we are shocked I think to see a military coup in Turkey, again a place where many have visited, a place where many have been on holiday and many are on holiday, a place where Paul walked and brought Christianity and a place now where Christianity is in a minority. A place bordering onto countries in conflict in the Middle East. We again can feel inadequate but we stand together with all people of peace and bring them our prayers and hope in a Living Christ.

These tragic and shocking incidents have followed the police shootings and racial attacks in the United States and the terrible extremist conflicts in Syria, Iraq and Afghanistan spreading across the Middle East and even impacting Pakistan and other countries and resulting in people fleeing for their lives into Europe. We remember Jo Cox MP murdered recently here. Again we can feel inadequate but we stand together with people of peace and bring them our prayers and hope in a Living Christ as we pray for leaders of Vision and Peace.

We are experiencing our own turmoil in our political leadership which in itself is overflowing into Europe as our leadership changes. We can I think ask where are the Christian values in this country, Europe and the World? Have they been forgotten?  We have a gift from God in Christ that is being ignored by many, how much do we need to know the food of life given to us from God at this moment?

God’s story of his relationship with his people though is not one without turmoil, it is one of human joy and sufferings, of victory, but victory in suffering and submission. Out of every time of shock and sadness comes a time of resurrection and new life in Christ. 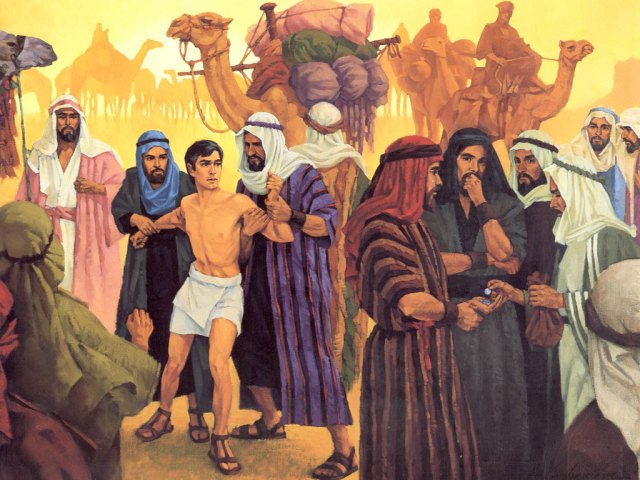 Joseph is one of the sons of Jacob, chosen by God to be the Fathers of God’s people, the 12 tribes of Israel, the name given to Jacob by God. But Joseph is disliked by his brothers, they attempt to murder him and then sell him to a Captain of the Egyptian Army Guard as a slave. God has his hand on Joseph and he does quite well managing Potiphar’s household and Joseph remains faithful to God in his new situation. But Potiphar’s wife has an eye for Joseph and when he doesn’t respond to her, she lies against him and he is sent to Prison where he stays for 13 years. Where is God’s blessing and peace for Joseph? Except that in Prison he meets former slaves of the King himself, the Pharaoh and through God’s discernment upon him helps them interpret their dreams which leads him to be called by Pharoah to interpret his dreams which in turn leads him to be in charge of the food in Egypt which in turn leads him to be the place where nations in famine turn for food and which in turn leads God’s people into prosperity. A resurrection moment or moments as God feeds his faithful people.

Paul writes to the Church in Corinth from Ephesus in Turkey to tackle the triumphalism in the Church over the spiritual gifts they are boasting about, over the different speakers and teachers claiming that their skill and wisdom together with their Christian faith made them almost like Kings. The Church was triumphal and the Church was split and Paul reminds them of his own life of service in humility often being attacked and being imprisoned is not one of triumphalism but one of suffering in order that those resurrection moments might occur. Through this suffering he is fed by Christ. Christ himself walked the path of suffering to reach the resurrection moment.

Then Jesus Christ, walking through enemy territory in Samaria, meets the suffering women at the well and feeds her with living water and sees her reach a resurrection moment where she rushes in excitement to tell all who would listen that God’s chosen one was here and he came to feed and bring resurrection moments to those in crisis. 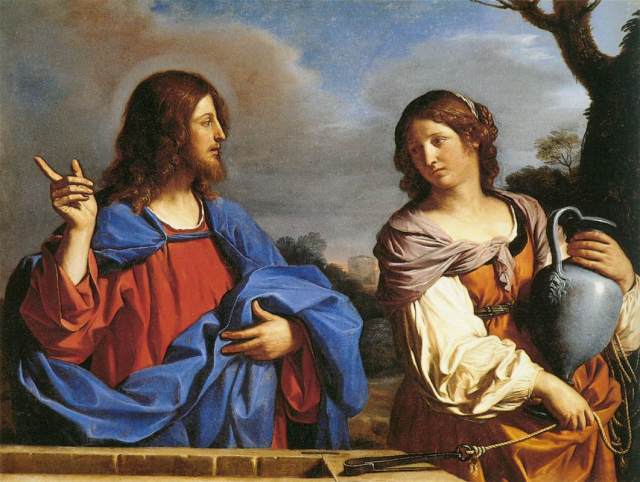 Jesus is fed by the woman’s excitement, by her new found life, the chance to start again with God and follow his chosen one, Jesus Christ, God on earth.

It is us, all Christian people, no matter the place we are, no matter the joys or the suffering we know, no matter the gifts from God that we have; who know that Christ wants to feed us with his hope and love as we look to that resurrection moment and with excitement we see others embrace the Christian faith and values and find new lives and new hope in God and new peace.

The BBC on Wednesday looked at the comparison between Angela Merkel, the Chancellor of Germany and our new Prime Minister, Theresa May and they debated many of the similarities and differences and then noticed in their article what they called the ‘Power of The Church’ in both their lives and what I would call the feeding of Christ.

Angela Merkel comes from a protestant background in Communist East Germany, the daughter of a Protestant Clergyman, in a time where Christianity was under persecution as a dissident force but had a major impact in the collapse of the Berlin Wall. Her faith informs her principals and policies and is seen in her welcome of refugees into Germany as a moral imperative.

Theresa May, also the daughter of a Protestant Clergyman has talked about her faith being part of who she is and influencing her principle and policies, resulting in her surprising first speech as Prime Minister focusing her Government on social reform and reducing inequalities.

Hilary Clinton talked about her own Christian faith in January in answer to a question. She talked freely about her Methodist upbringing and her Church to follow the commandments of Christ to love God and our neighbour and to unpack the principles in the Sermon on the Mount.

In a world where God’s love story with humanity has always seen turmoil we know that Christ has the victory and there will be resurrection moments and we don’t know the seeds he has sown in people’s hearts who he is now calling to lead us into peace.

What we do know is that we remain faithful in word and action to our Christian faith and principles and that we are in turn fed by Christ as in excitement he brings his kingdom amongst us and as we share that kingdom with others. When we go out in action we see opposition, sometimes aggressive and violent opposition, but that doesn’t stop us sharing our faith and values with our community and our world as we are called to pray ‘thy kingdom come’.

The entire ministry of Jesus Christ is one of obedience to his Father in action in serving others, which leads him finally to the surrender of himself in death to know that resurrection moment himself.